Out of Context - for Pina

In Out Of Context, director Alain Platel continues his search for a language of movement connected to the unconscious, the arbitrary, the uncontrolled.The movement material covers the entire range of dyskinesia and dystonia, in other words: spasms, convulsions, tics. These can be very small mouth movements, teeth chattering, sticking out the tongue, eyes blinking, frowning, grimacing, moving the fingers as though they are playing the piano, briefly jerking the limbs, torso, pelvis or head, jolting the abdomen or diaphragm, balance impairment, falling over and a whole repertoire of silly walks.Small tics swiftly alternate with big swings. Restlessly and nervously. Platel has long resisted the label ‘choreographer’, but still arrives at this term in another way. ‘Chorea’ is a medical term referring to an affected nervous system, the symptoms of which are jerky movements and poor coordination.Ultimately, Platel goes back to his past as a special needs educator working with children with motor and multiple disabilities where he discovered the beauty of the malformed, the emotional power of the misshapen.

Platel uses virtuoso dancers for this. He isn’t so much interested in the unconscious as such, as he is in the tension between the wide range of uncontrolled movements and the traditional building blocks of choreography, such as the synchronised (simultaneous) execution of movements. In that ‘entre-deux’, the area of tension between the unconscious and the superconscious, a space opens up that is not just interesting to the director, but also and particularly to the dancers he has been working with for quite some time now.Even though it is possible to draw lines of continuity in the language of movement, the title Out of Contextalso evokes the expectation of something ‘different’. What is different? The title Out Of Context was initially chosen because it isn’t based on a previously determined piece of music, as was the case with vsprs, which was based on Claudio Monteverdi’s Vespro de la Beata Vergine, or pitié!, which was an adaptation of Bach’s Matthew Passion.The music for Out Of Contexthas become the driftwood of a few centuries, washed ashore as the remains of human civilisation. The human voice is at the centre in an attempt of (re)construction and communication. The microphone is its extension. Every now and then, we only get as far as a murmur, a hum, a roar.In vsprs, an equivalent to religious ecstasy was found in physical ecstasy, culminating in the jerky choreography to the ‘Magnificat’ from the Vespers of Mary. pitié!was about suffering and the (im)possibility to share it with others. The question occupying the Out Of Context team was whether movement material that is so intrinsically linked to ‘pain’, ‘ailment’ and ‘lack’ can be used for anything else. A documentary on pianist Glenn Gould prompted the team in a more joyous direction.Out Of Context is situated in a mental space. It gradually became a trip down memory lane. A dive into the caverns of human existence in search of the roots of childhood and prehistory. Of something in between man and animal, a kind of harmony that passes by (or precedes) the duality of beauty and ugliness, good and evil, me and you, individual and community.In search of a condition in which everything becomes liquid. In that sense, Out Of Context becomes a kind of ritual, a gathering of people in search of an essence they can’t find, but in the meantime experiencing something unexpected but worthwhile. Hildegard De Vuyst, Dramaturge (January 2010)

duration 1h25 without break no language on tour If you want to programme this performance, contact helena@lageste.be 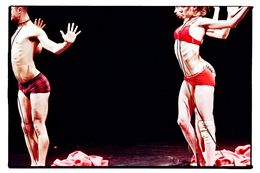 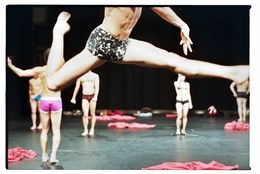 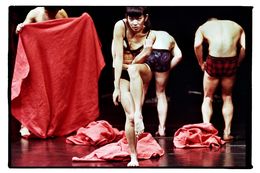 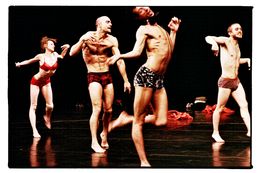 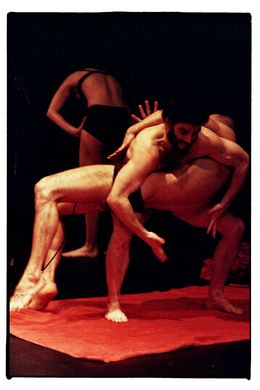 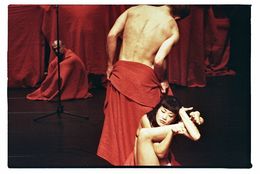 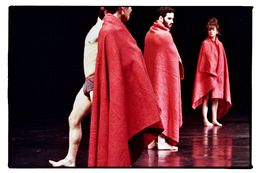 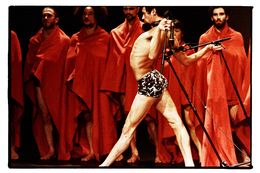 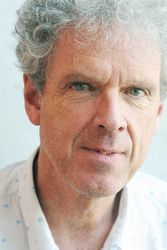 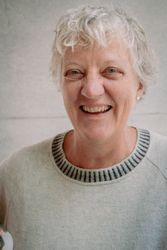 laGeste cares about your privacy and adheres to the General Data Protection Regulation (GDPR), a set of European rules to protect citizens with respect to the use of personal data.

In the following text, we will explain how laGeste processes and uses your personal data in order to optimize your visit.
If, after reading our privacy statement, you have any questions or would like to contact us, please contact us at info@lageste.be.

LIMITATION OF LIABILITY
laGeste vzw makes every effort to ensure that the information on www.lageste.be is complete, correct, accurate and up-to-date. Despite these efforts, inaccuracies may occur. laGeste cannot be held liable for direct or indirect damage resulting from the use of the information on this site. The website may contain hyperlinks to websites or pages of third parties, or refer to them indirectly. The placing of links to these websites or pages in no way implies any implicit approval of their content.

COOKIES
What are cookies?
Cookies are small files stored on the hard disk of a device to remember your preferences while surfing. Cookies never store personal data such as your name, address, age or other characteristics. What the cookies do store are your IP address and your browser type. Your preferences and interests based on your surfing behaviour are also stored.
The use of cookies is safe. We find it very important that you know which cookies our website uses and for what purposes they are used. We want to guarantee both your privacy and the user-friendliness of our website.

Performance cookies
With performance cookies we collect anonymous data about the use of this website. This anonymous data includes the number of visitors, the time they spend on a webpage, error messages and the way they arrive at our site. We use Google Analytics for this purpose. Statistics are produced from the information collected. These statistics give us a crucial insight into the use of the website and enable us to make the structure, navigation and content as user-friendly as possible for you. The statistics and other reports are always anonymous and are never traced back to individual persons.

SOCIAL MEDIA
laGeste communicates events and news of laGeste in general also on social media. We usually reply to comments or messages addressed to laGeste. You may also come across ads from laGeste on social media.

PERSONAL DATA: COLLECTION / PROCESSING
laGeste respects the privacy of visitors to its site and is therefore committed to informing you as clearly as possible about how we collect and use your personal data. Therefore, we have drawn up a privacy policy in which you can find all the necessary information. We encourage you to read this policy carefully before providing us with any information about yourself. We hope that this policy will address any concerns you may have. Should you have any further questions, please contact us by e-mail at info@lageste.be

Registration by your explicit consent / marketing (legal: consent)
Via the website, you can explicitly register to receive our newsletters. By registering, you give us explicit permission to keep you informed. If you register via the website, your personal data will be securely transmitted to Mailchimp.
Your e-mail address will be securely stored and you can unsubscribe at any time or change your registration.

Communication (legal: legitimate interest)
When you send us an e-mail or post (e.g. participation in a competition), it is possible that we save these messages. Sometimes we will ask you for personal details relevant to the situation in question. This makes it possible for us to process your questions and answer your requests. The data is stored on secure servers. We will not combine this data with other personal data we have.

Public images
During events organised by laGeste, an ambience photographer is regularly present. These pictures may be published on our website, through social media and in our printed material. These are mainly pictures of the artists and pictures of the audience. Sporadically you may be recognisable as a spectator in one of the photos. All photos are stored on laGeste's secure server.
Very occasionally, events are filmed. This footage can be used via social media or edited into a promotional film afterwards. It may happen that members of the public are recognised in this, although we do not focus on faces.
If you are recognisable on our photos/images and would rather not have it, you can always contact us at info@lageste.be.

WHAT RIGHTS DO YOU HAVE?
As a user you also have a number of rights concerning your personal data. If you wish to invoke one of these rights, please contact laGeste directly by sending an e-mail to info@lageste.be. We will comply with your request as soon as possible.
Right of inspection and rectification: you have the right to inspect all personal data we collect from you. You can have any incorrect or incomplete data changed or deleted.
Right to be forgotten (erasure right): a visitor always has the right to have his/her data removed from our databases unless this data is necessary for the execution of a contract or the fulfilment of a legal obligation.

AMENDMENTS TO THE USER AGREEMENT
laGeste reserves the right to amend this user agreement at any time. The amended User Agreement will be published on the laGeste site and will automatically enter into force thirty days after the initial publication on the site.